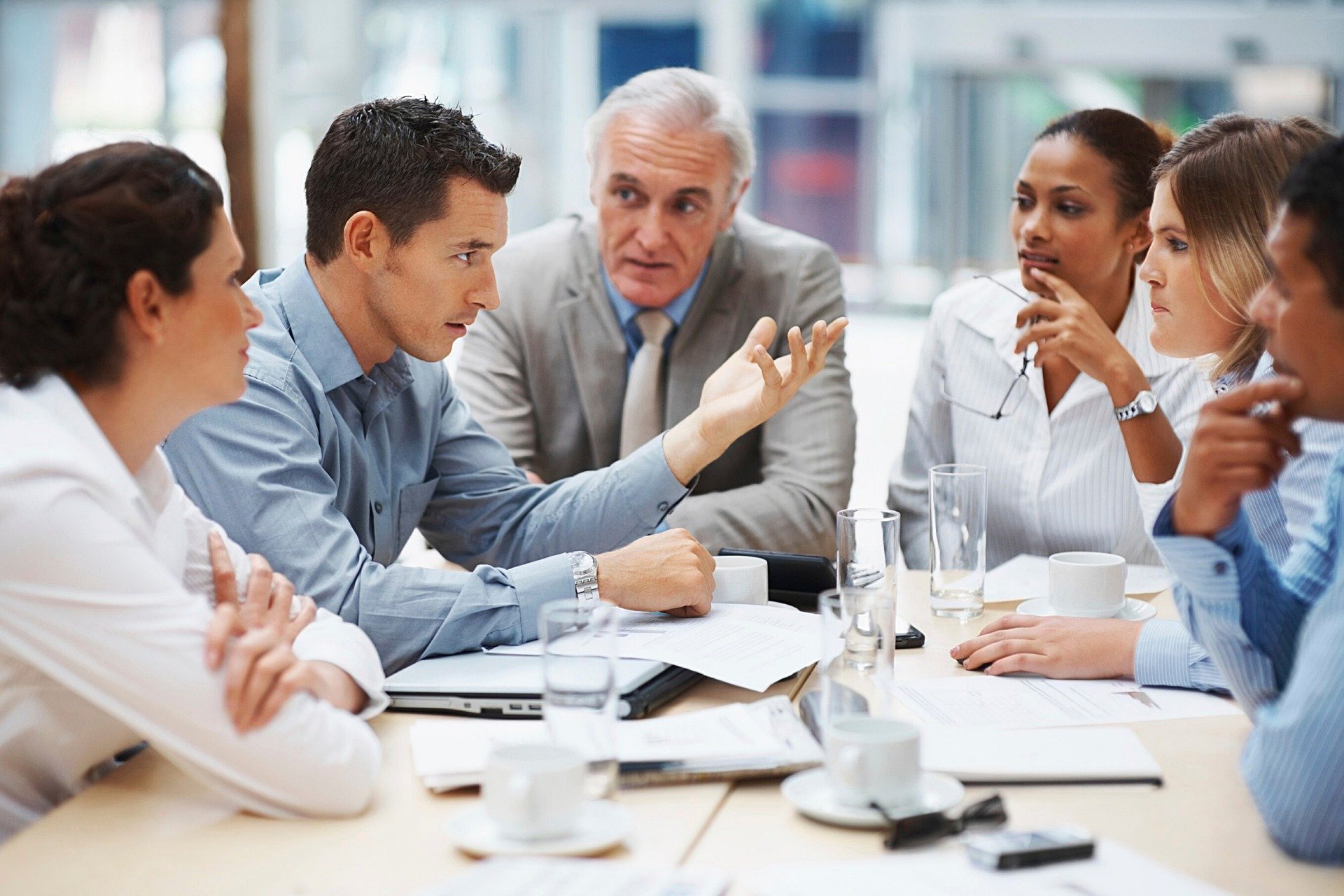 25 Feb Team conflicts and how to resolve them?

Posted at 07:12h in Learning by Ali Merchant
0 Likes

You may have heard or seen the kind of complex fluid patterns at the point of confluence of more than two rivers. It creates an environment of instability and commotion. Where there is a confluence of varying cultures, personalities, skills, and interests, there is bound to be some amount of turbulence. In a team with such converging aspects, it will always be vulnerable to a volatile environment unless managed by an individual who is a strong leader and expert mediator. Each team member needs to be trained in collaborative interactions to sustain the spirit of teamwork and promote team goals.

According to a survey by CPP, Inc – 85% of employees experience conflicts at the workplace. If you look at the kinds of conflicts arising within a team, you will realize that most of them can be remedied through training and counseling while some disagreements have an undertone of personal emotions. Hence, I have categorized the many team conflicts based on their causes – EXTRINSIC and INTRINSIC factors. Read on to understand the concept.

The following are the ‘Extrinsic Factors’:

How many of you have experienced a complete discordance with a fellow team member because you dislike their working style? And it has nothing to do with any personal issues; in fact, you may not even have actively interacted with the said team member outside of work. You simply find their approach and attitude towards work unlike your own which results in incompatibility issues.

Another common cause for concern is disagreements based on the fact that you view your team members as competitors rather than allies. This has more to do with promoting self over the team and training all efforts on furthering personal growth without care for team development.

This kind of conflict exists because of differing interests between team members over a particular task or role or resource. If ‘member A’ considers the allotment of certain resources excessive while ‘member B’ considers it suitable, then, there is bound to be a disagreement on who is right. Here, ‘member A’ is interested in saving resources while ‘member B’ is of the view that it is crucial to utilize the said resources for efficient results.

It is not uncommon to come across instances where a particular team member’s performance is in question owing to consistent performance lags or non-contribution to team goals slowing down the progress of the team and hurting productivity. This usually implies a frustrated and hostile environment within the team, especially against the said team member.

Have you come across that one team member who thinks it is okay to consistently come late for meetings or extend breaks or take leave without prior intimation and then expect everyone to put up with such unprofessionalism? Sounds like a perfect recipe for conflict, right? When a person exhibits non-compliant behavior that the rest of the team diligently adheres to and makes a habit of it, it will raise eyebrows and concerns within the team.

One of the most common causes of a dispute is gaps in communication. Leaders, as well as team members, must share relevant information as clearly and efficiently as possible. This will avoid discords arising out of ignorance on certain aspects and members taking decisions based on incorrect information leading to further conflicts and diminishing performance stats.

Sometimes people assume they have understood the objectives and plan of action while in reality; there may be some aspects that they may not have perceived correctly leading to conflicting actions and results. Lack of clarity or differing perception of the same element can result in ambiguity and discord among team members.

Organizations thrive on the attribute of accountability. It is vital to perceive accountability as an indispensable virtue that each team member must be in possession of. Lack of a sense of accountability implies a lot of blame game and in the end, it just snow-balls into an aggressive form of team conflict.

Owing to the trend of virtual work scenario, there has been a rise in conflicts singular to the remote working situation. Conflicts based on insufficient information, lack of networking skills, and other relevant skills like proper knowledge about virtual workspaces, how to start and contribute to online meetings, and the likes.

The following are the ‘Intrinsic/emotional factors’:

Conflicts that arise out of personality clashes come under this category. 49% of disagreements are a result of such clashes and ego. The refusal to budge or back down due to the idea of being looked down on as a loser and the associated humiliation forces people to hold onto their egos. Such disagreements tend to turn uglier without proper intervention and one-on-one mentoring.

Quite often, the social upbringing and background make way for conflicts. For example, some people like to be addressed in a certain way (Sir/Ma’am/Mr. or Ms. X) instead of simply by their names. Again some like to be personally intimated about matters besides the intimation through official mails which is usually the protocol. They are an extension of personality clashes with the minute difference as in; it is not the ego that makes them the way they are but their personal values and upbringing that dictate their emotions.

With the advancing digitalization initiatives and growing volatility, work-related anxieties have elevated and led to a growing concern among the millennial workforce in terms of mental health. People tend to snap easily when under stress and being in a constant state of anxiety adds to the hazard of conflicts by manifolds. If the stats are anything to go by, as per a survey, 34% of conflicts are a result of workplace stress while 33% are due to work overload.

How to handle conflicts?

Always remember to envision the broader picture during any conflict. It brings clarity to the situation and helps organically diffuse the dispute. Leaders must stay calm and most importantly listen and cross-check the narratives before concluding any conflict. Also, consider involving the relevant mediators if the conflict seems to go overboard, for example – HR personnel or a mentor.

As mentioned, a holistic view is central to all kinds of conflicts. Each party should get a fair opportunity to present their narrative. Team orientation and engagement sessions are big contributors to team development and should be conducted regularly. Growth opportunities should be provided to all and teams must be conditioned to have a liberal approach towards others’ perspectives and opinions and show more professionalism. Above everything, leaders must take initiatives to avoid any conflicts and identify the possibilities even before they arise through their leadership skills and expertise. Conflict resolution is an ongoing task and its responsibility falls majorly on the leaders. A harmonious, free and collaborative environment is the key to avoiding conflicts.

A famous quote goes like this – “10% of conflicts are due to different opinions. 90% are due to the wrong tone of your voice.”